Robert been invited to take part in 'The Pure Watercolour Society' Exhibition at Windrush which previews on Saturday 8th October 2011, 5-30 - 8pm and runs from Sunday the 9th to Saturday 22nd of October.
The Society was formed by James Fletcher Watson in 1999 and David Curtis is now its Patron.
The Pure Watercolour Society is a small and informal society for painters in watercolour who enjoy using the medium in pure transparent washed allied to fine draftsmanship in the method exemplified by the 19th century masters, such as John Sell Cotman, Richard Parkes Bonington, David Cox, Thomas Girtin and J.M.W. Turner, and as followed in the 20th century by, among others, Edward Seago, Edward Wesson, Leonard Squirrell, Charles Knight and James Fletcher-Watson.

The PWS was founded in 1999 with James Fletcher-Watson R.I., R.B.A. as its President and driving force. James believed passionately in passing on the pure watercolour tradition: “The great masters showed us the way and it is right that we should follow in their footsteps, not copying but receiving inspiration from them. My aim is to carry on the torch, encouraging today’s painters to express the beauty of the landscape simply and effectively.”

Following James’s death in 2004, David Curtis R.O.I., R.S.M.A. - one of Britain’s most successful artists - kindly agreed to become Patron of the PWS. International artist Robert Wade A.W.S. is an Honorary Member of the society, and most recently Trevor Chamberlain R.O.I., R.S.M.A. agreed to become an Honorary Member. These well respected artists support the PWS in its aims to provide opportunities for members and selected non-members to exhibit pure watercolours, as well as passing on skills and techniques to students of watercolour painting so that this exciting and challenging medium can be enjoyed and mastered by the next generation.

For more information about the PWS, e-mail:j.neil299@btinternet.com 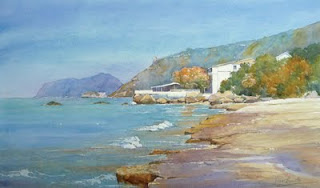 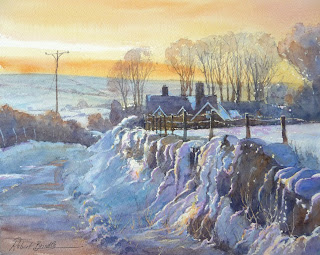 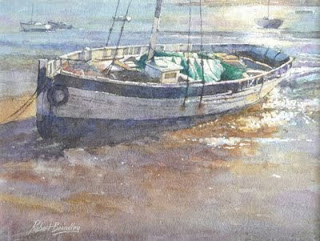 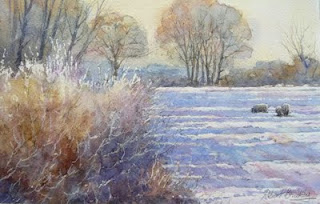 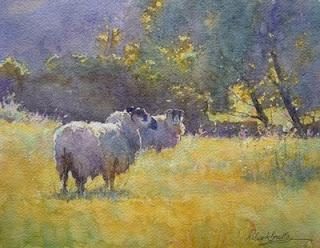 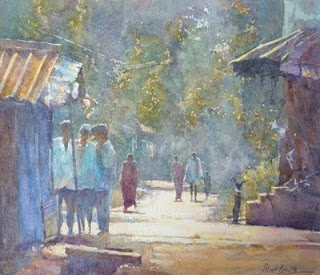 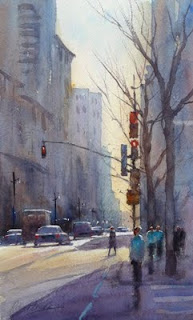 You can see details and trailer for Roberts DVD here: Atmospheric Watercolour Landscapes
Posted by Malcolm Allsop at 09:21