Help The Heroes Exhibition of Paintings by John Hoar

The brilliant  watercolourist John Hoar is having an exhibition at his home studfio in Devon next month to raise funds for Help The Heroes, BLESMA and the Royal British Legion. 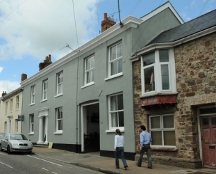 It will feature work by John and two of his seven sons who are also artists, Tom and Jack. The exhibtion will be held at 41 East Street, South Molton, Devon EX36 3DF from December 4 to trhe 24th. 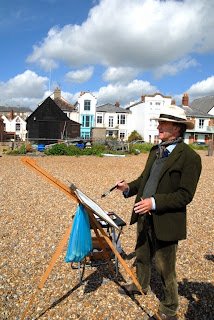 Here's John on locaton for his second DVD for Town House Films Watercolour Without Tears
John has a special link with the services as his youngest son Joseph (20) is currently serving on the  front line in Afghanistan with the TA. It was as a result of some of the terrible injuries to British troops witnessed by Joseph  that John decided to hold this exhibition to raise funds for those charities that help Britain's wounded service men and women.
Here are just a few of the pictures on display including some lovely sepia watercolours. Do go along and support this worthy cause as well as seeing some brilliant watercolours 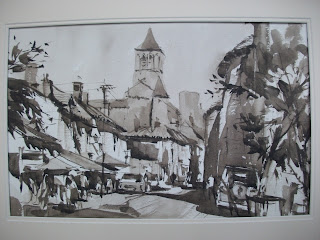 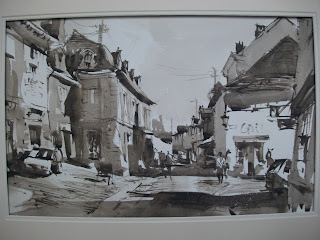 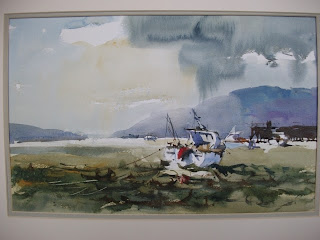 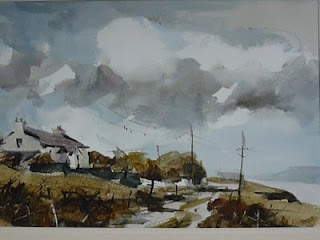 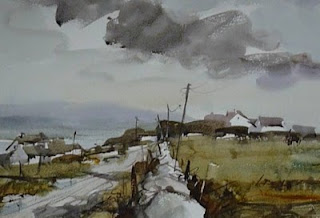 We are always being asked if John does any teaching. Well yes he does both  at this home studio in Devon and elsewhere. The  three days courses he runs in his own studio start again in March next year and he is also running courses at the stunning  Renvyle House Hotel Connemara in May and October. I had the priviledge of two days tuition  with John a couple of years ago and found it competely inspiring. Full details from John on his web site
Posted by Malcolm Allsop at 11:42